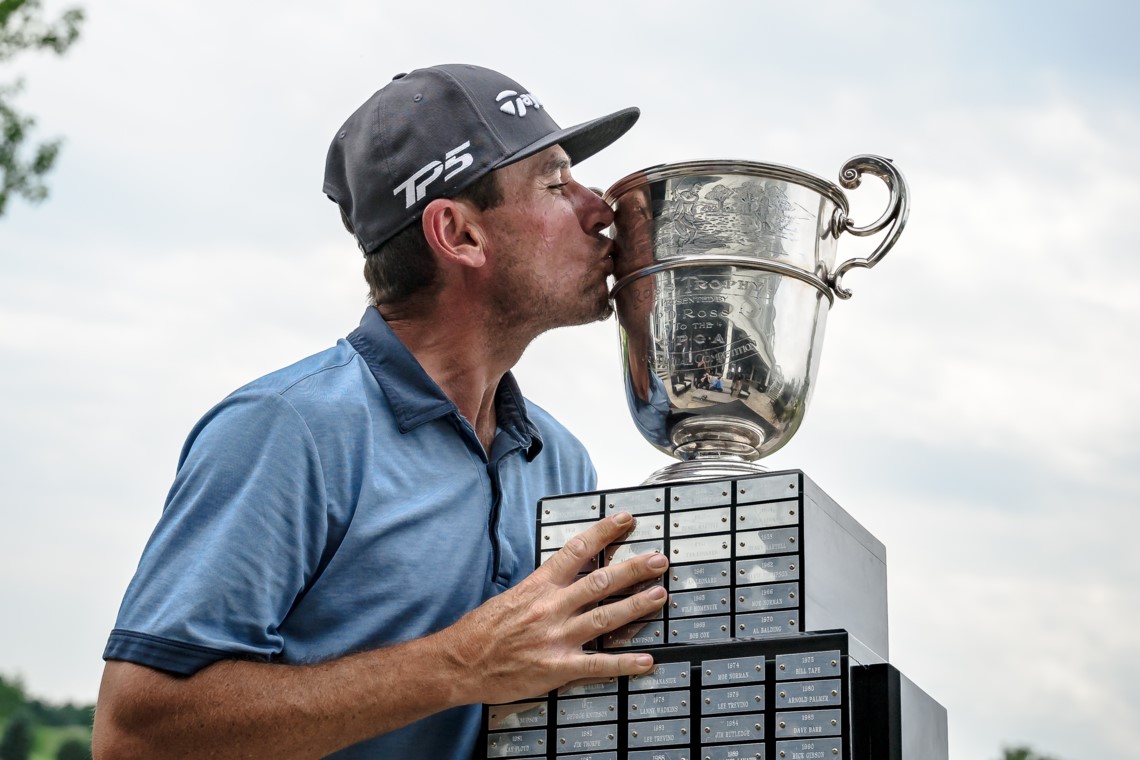 A Determined Dustin Risdon Wins the PGA Championship of Canada

If you take nothing else from the 2019 PGA Championship of Canada presented by TaylorMade and adidas Golf, take this: Dustin Risdon was determined.

He was the most committed to winning, though.

On a Friday afternoon when both Mother Nature and his opponent Oliver Tubb threw everything they had at the 38-year-old from The Players Shack in Alberta, Risdon didn’t waver in his ultimate goal of etching his name on the historic P.D. Ross Trophy.

“This is the one trophy in Canadian golf that I really wanted to win,” Risdon said after his 3&1 win over Vancouver’s Tubb. “If you look at the names on the trophy, it’s amazing and now my name will be on there too for the rest of time.”

“I had so much determination out there and I knew I just had to keep fighting,” Risdon said. “I didn’t have my best swing, didn’t have my best putting stroke but it all kind of came together at the end when it had to and I can’t even begin to tell you how good this feels.”

Risdon is now a two-time PGA of Canada national champion, having won the 2016 PGA Assistants’ Championship of Canada. He’s expected to jump inside of the top five of the PGA of Canada Player Rankings presented by RBC thanks to the 60 points for the win. Risdon is also a former Canadian Junior and Juvenile champion and a three-time PGA TOUR-Mackenzie Tour winner.

Risdon’s final match against Tubb—who is now a two-time runner-up at the PGA Championship—featured a handful of birdies and a timely eagle on the ninth to halve the hole and keep match all-square heading to the back-nine.

“The eagle on nine was huge and was probably the TSN Turning Point,” Risdon said. “You definitely don’t want to start the back nine down, so to keep it all-square was massive.”

He would win the 10th and 12th before losing the 14th. After both players made par on No. 15, Risdon put his foot on the gas, winning the 16th with an impressive birdie and ending it on the 17th with a two-putt par.

The next PGA national championship takes place July 3-5 at Ladies’ Golf Club of Toronto for the DCM PGA Women’s Championship of Canada.