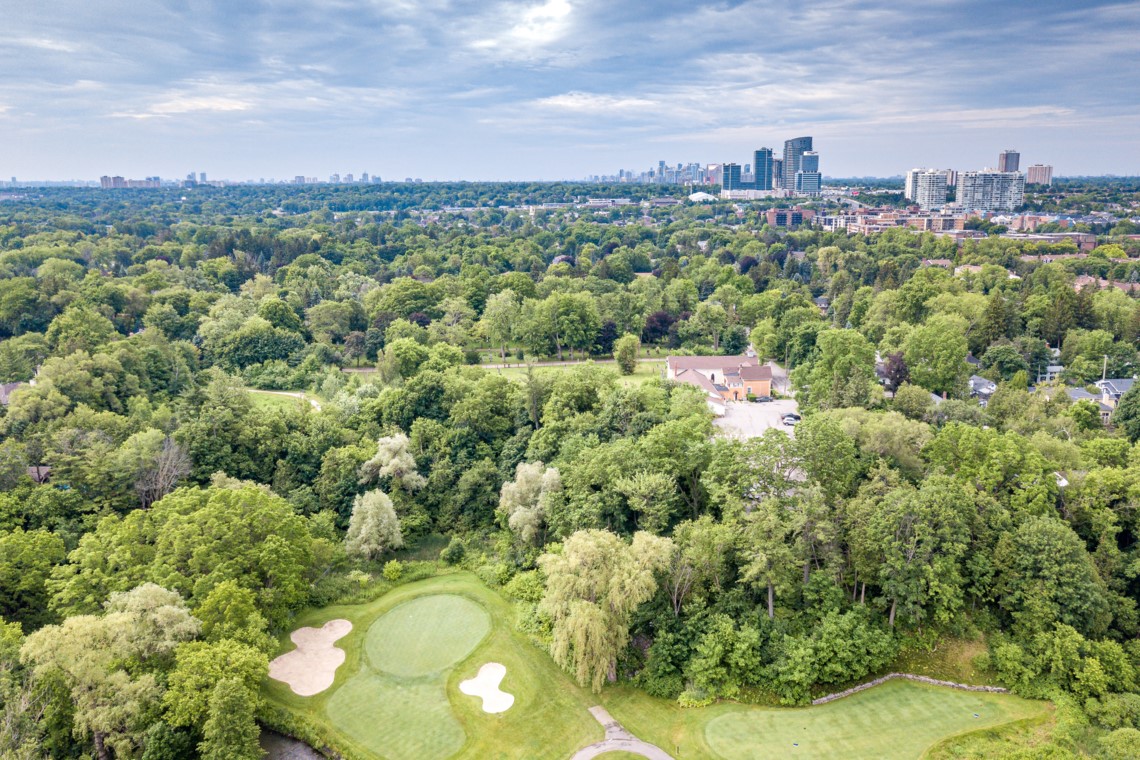 Four Tied for the Lead at DCM PGA Women's Championship

Players took advantage of ideal conditions for scoring Wednesday at Ladies’ Golf Club of Toronto for the first round of the DCM PGA Women’s Championship of Canada.

Four players—including a pair of amateurs—are tied atop the leaderboard at -3, with 17 players at even par or better.

A member of the Golf Canada Development Squad admitted she would love the chance to hoist the championship trophy come tomorrow afternoon at Ladies’ Golf Club of Toronto.

“I’ve never won a professional tournament before,” Zhu said. “Not only would that be really cool, but I’d also be a year younger than Brooke Henderson when she won this tournament."

Henderson, now a nine-time winner on the LPGA Tour, became the youngest winner of the DCM PGA Women’s Championship at 16-years-old in 2014 at FireRock Golf Club in Komoka, Ont.

Costabile, who has been playing Ladies’ Golf of Toronto since her junior golf days, says the support she received from family, fellow members and title sponsor DCM has been overwhelming.

“It’s been nice playing in front of a home crowd out here today,” Costabile said. “Being part of the DCM Power Up Initiative has been so great and I’m grateful for the support, especially since I’m so new to professional golf.”

Earlier this year DCM, in partnership with the PGA of Canada, launched five newly created bursaries to support women in golf who are on the verge of breaking through to the next level and are in need of support to pursue their dream of playing golf at the world’s highest level.

“Support for women’s sport and women’s golf, in particular, lags considerably behind the funding for men’s golf in this country,” said DCM president and CEO Greg Cochrane. “We believe DCM's support can make a difference for many of these professional athletes to reach their goals of playing and winning on the LPGA Tour.”

In addition to Costabile, Canadians Jennifer Ha, Hannah Hellyer and Valerie Tanguay, as well as Sandra Angulo Minarro of Mexico, are the inaugural beneficiaries of the initiative.

For more about the DCM Power Up Initiative, CLICK HERE.

For the full leaderboard and second-round tee times, CLICK HERE.

The Ladies’ Golf Club of Toronto hosted the inaugural DCM PGA Women’s Championship in 1987, which was won by PGA of Canada Hall of Fame member Cathy Sherk. The club also hosted the event in 1999 (won by Lorie Kane) and for the third time in 2007 (won by Salimah Mussani).

Ladies’ Golf Club of Toronto is North America’s only remaining private golf club established by women for women and was founded in 1924 by Canadian Golf Hall of Fame member Ada Mackenzie. Designed by famed Canadian golf course architect Stanley Thompson, the course was officially opened for play in 1926.

The club made Canadian Golf Hall of Fame member Lorie Kane an honorary member in a touching display of class Wednesday afternoon.

The winner of this year's championship will earn an exemption into the CP Canadian Women's Open at Magna Golf Club, Aug. 19-25.

Lee-Bentham leads the PGA of Canada Club Professional division by a shot over Krysta Schaus and two over Emma de Groot.

Additionally, the PGA of America recently formed the Women’s PGA Cup, a first-of-its-kind team competition for Women PGA members from around the world.

The PGA of Canada is pleased to be taking part in this landmark event. The inaugural competition will be played October 21-26, 2019 in the United States.

The five members of the inaugural PGA of Canada team will be determined based on the performance of eligible finishers at the 2018 and 2019 DCM PGA Women’s Championship.

Currently, the top five is:

Admittance to the DCM PGA Women’s Championship of Canada is free and spectators are encouraged to attend the 36-hole championship play.